There has been so much written on Mostar’s Old Bridge (Stari Most). It has inspired stories, poems, and countless travel literature over its four-and-a-half centuries of existence. Its architecture and sheer shape beckon the imagination to recall the genius work of Ottoman architects and designers. The symbolism of the unification between the two sides of the Neretva River, East and West, is very much a quintessential part of the Bosnian imagination.

Today, this simple, yet profoundly impactful, and historically significant bridge attracts thousands of visitors to the banks of the Neretva river and Mostar’s old town district.  Tourists from all over the world routinely cross the bridge, in an almost ritualistic sense, perhaps bringing them closer to the spirit of the city of Mostar, or even what the bridge has witnessed over hundreds of years. The Stari Most is hump-backed, 4 meters wide and 30 meters long, with an impressive height of 24 meters. This height is never a problem for Mostar’s divers, who routinely jump from the bridge into the icy Neretva river below (sometimes for a price, if you request a jump).

In 1557, Suleiman the Magnificent approved the commission of a new, stone bridge, to replace an older wooden suspension bridge that was in its place.  Mimar Hayruddin, a student of the famous Ottoman architect Mimar Sinan, was assigned with this task.  One particular legend states that Hayruddin was ordered to deliver the stone bridge or be punished by death and prepared for his own funeral well before the scaffolding was removed and the bridge officially opened.  In fact, many speculate that the Kriva Cuprija (Crooked Bridge), was the first attempt at the Stari Most, hence its miniature stature.

The Old Bridge (Stari Most) in #Mostar was originally constructed in 1566 and remains one of #Bosnia's most iconic landmarks. pic.twitter.com/wMYfGN9FrS

Luckily for Hayruddin, and for history lovers all over the world, the bridge survived until 1993 when it was destroyed by Bosnian Croat forces in Mostar.  The bridge was reconstructed through international monetary aid and many of the original bridge stones were used during the restoration.  The original construction of the Stari Most took nine years, and according to inscriptions found on the site, it was completed between 1556 and 1567.

When it was completed, the bridge was likely the widest man-made arch in the world.  The entire project was supervised by Karagoz Mehmet Bey, who was the son-in-law of Suleiman the Magnificent, as well as the patron of the town’s most important mosque complex – the Hadzi Mehmed Karadzosbeg Mosque. On both sides of the bridge stands a tower, overlooking the arch and the river below, like perennial stone-sleepers. 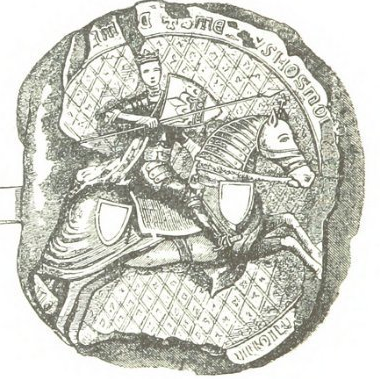